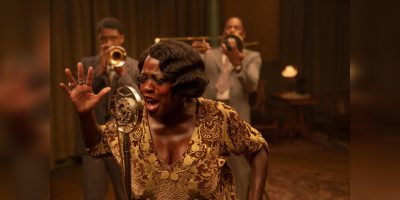 From new movies to the classics worth re-watching, these are the most notable titles available to stream on Netflix right now.

Greta Gerwig’s coming-of-age flick centers around Saoirse Ronan as an artistically-inclined high school senior with a strained relationship with her mother.

Adam Sandler takes a dramatic turn as a fast-talking New York City jeweler in the film that earned him an Independent Spirit Award for best male lead.

Jamie Foxx takes on the role of Django, a freed slave on a mission to rescue his wife, in this revisionist Western from Quentin Tarantino.

“The Princess and the Frog”

An aspiring restaurant owner goes on a journey to help turn a frog prince back into a human in this animated film.

Adam Driver and Scarlett Johansson both earned Oscar nominations for their portrayals of a stage director and an actress engaged in a bitter divorce.

This year’s Academy Award-winner for Best Documentary Feature, “American Factory” chronicles what happens when a Chinese billionaire opens a factory in an abandoned General Motors plant in Ohio.

A young African American man grapples with his identity and sexuality in this Academy Award Best Picture winner.

This documentary provides an intimate look at the life of former first lady Michelle Obama as she embarks on a 34-city book tour.

“How to Train Your Dragon 2”

The Golden Globe Award winner for Best Animated Feature Film is a family-friendly sequel worth streaming on Netflix.

“I Am Not Your Negro”

Writer and activist James Baldwin’s unfinished manuscript “Remember This House” is brought to life in this Oscar-nominated 2016 documentary narrated by Samuel L. Jackson.

The Boss brings his solo acoustic performance from Broadway to your TV screen in this Netflix original special.

“Dolemite Is My Name”

A girl meets a mythical moon goddess in this whimsical animated adventure from Netflix.

Two high-school seniors (Jonah Hill and Michael Cera) plan to party as hard as they can before graduation in this comedy written by Seth Rogen and Evan Goldberg.

“Monty Python and the Holy Grail”

This isn’t the only Monty Python title available on Netflix. Fans of the British comedy troupe can also find “Life of Brian,” their classic series “Monty Python’s Flying Circus,” and more on the streaming platform.

An Academy Award winner for Best Picture, “The Artist” is a black-and-white love story set against the backdrop of Hollywood’s silent era.

“Knock Down The House”

A family reckons with the aftermath of their son’s incarceration in this award-winning Taiwanese drama.

The entire family can watch this Martin Scorsese fantasy flick about an orphan living in the walls of a train station in 1930s Paris.

“The Trial of the Chicago 7”

A star-studded cast brings this Aaron Sorkin drama, about a group of anti-Vietnam War protesters on trial, to life.

Four Black veterans return to Vietnam to search for their fallen squad leader (played by the late actor Chadwick Boseman) and a hidden fortune in this Netflix original film from Spike Lee.

“The Naked Gun: From the Files of Police Squad!”

Leslie Nielsen is a clumsy, clueless cop on a mission in this goofy flick.

Alfonso Cuarón’s Academy Award-winner depicts the life of a Mexico City family’s maid in the 1970s.

This Academy Award winner for Best Picture follows the team of investigative journalists who uncovered the massive child molestation scandal and cover-up within Boston’s Catholic Archdiocese.

Audrey Hepburn transforms from a London flower girl to a high-society woman in this memorable musical.

“There Will Be Blood”

A 10-year-old escapes into an eerie and captivating fantasy world in Guillermo del Toro’s remarkable drama.

Faye Dunaway and Warren Beatty are lovers and bank robbers in this iconic crime flick currently streaming on Netflix.

“First They Killed My Father”

A 5-year-old Cambodian girl fights to survive during the reign of the Khmer Rouge in this gripping drama directed by Angelina Jolie.

This heartwarming Netflix documentary, which has a 100% rating from critics on Rotten Tomatoes, depicts one couple’s love story and their experiences coming out.

The Willoughby children embark on an adventure in this children’s movie that’s both silly and sweet.

Revisit Ryan Coogler’s feature directorial debut in this biographical drama centering around a fatal shooting of a young Black man (Michael B. Jordan).

“The Death and Life of Marsha P. Johnson”

This Netflix documentary investigates the mysterious death of the trans icon Marsha P. Johnson, and features interviews with Johnson’s friends and fellow activists.

“Stranger Things” breakout star Millie Bobby Brown takes on the role of Sherlock Holmes’ mystery-solving teen sister in this Netflix original, which was one of the most-watched items on the streaming platform upon its release.

“The Ballad of Buster Scruggs”

The streaming giant boasts several holiday originals, but this animated film with a 94% Rotten Tomatoes rating from critics is one that earns a spot on our list.

Academy Award winner Viola Davis stars alongside the late Chadwick Boseman, in his final film role, in this powerful adaptation of the play by August Wilson.

U.S. soldiers must retrieve one of their own in this World War II drama from Steven Spielberg and Tom Hanks.