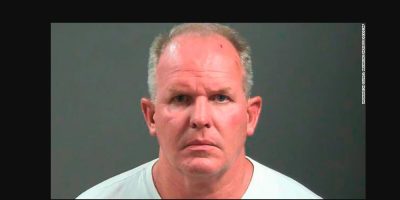 It’s too crazy to make up.

A top executive at Beyond Meat is accused of biting a man’s nose during an alleged road rage incident.

53-year-old Doug Ramsey is the Chief Operating Officer of the plant-based food company.

The incident happened in a parking garage following a football game in Arkansas last week.

Police say Ramsey attacked a man who had tried to inch his vehicle in front of Ramsey’s vehicle and made contact with the wheel.

Witnesses say Ramsey got out of his SUV, and after a scuffle, Ramsey bit the other driver’s nose, ripping the flesh on the tip.

Ramsey was taken into custody and charged with felony battery and making terrorist threats.

Executives at Beyond Meat have suspended him from his position indefinitely.