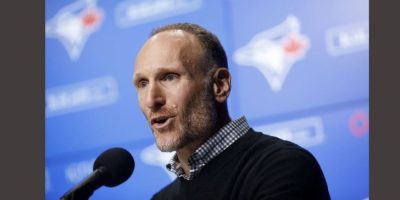 The Toronto Blue Jays are determined to modernize Rogers Centre.

Team president Mark Shapiro announced on Thursday that the Blue Jays would be making major renovations to their downtown ballpark, with the first phase set to be complete before next season. Opened in 1989, Rogers Centre is the seventh oldest ballpark in Major League Baseball.

“The largest focus was to focus on modernizing fan experience, taking a 1980s perspective of what a fan experience was, and turning that into the 2020s and beyond that,” said Shapiro in an hour-long presentation in one of the stadium’s premium suites. “We want what a compelling fan experience should be in our modern sports entertainment landscape.”

A major part of the $300 million in renovations will be updating some of the stadium’s features that have become outdated since it was first designed. Rogers Centre is one of only three multi-purpose stadiums left in MLB, along with Oakland’s RingCentral Coliseum and Tampa Bay’s Tropicana Field.

One of those now-obsolete features are seats that face forward instead of being turned toward home plate. The seat layout was meant to accommodate Canadian Football League games, but Rogers Centre has not hosted the Toronto Argonauts since 2015.

The first phase of the seating overhaul will include replacing all of the seats in the 500 level, including removing entire sections altogether and replacing them with “social spaces.”

“We want to have great family spaces, great gathering spaces, different ways to watch the game not just from seats,” said Shapiro. “Places where our fans can congregate, where they can interact with and see our players and almost reach out and touch them.”

To that end, the bullpens will be raised to be closer to the outfield stands, and ultimately the seats at field level will be moved closer to the foul lines.

Shapiro used George Springer’s grand slam in Tuesday night’s 10-3 win over the St. Louis Cardinals as an example of how fans will be moved closer to the action. Springer’s homer went between a gap between the outfield wall and the stands, landing in a service area only accessible to team staff.

When the renovations are complete, every home run will land in the seats and not what Shapiro called “the abyss.”

“All of those seats will be moved right to the fence,” said Shapiro. “There’ll be a new fence line. We’re not going to reveal details about the fence height and the outfield dimensions today that’ll be in the next update but it will not be a symmetrical outfield fence.”

The players’ experience at Rogers Centre will also be improved.

Shapiro said that as outdated pieces of infrastructure are removed from the building — like cement and steel mechanisms designed to move the stands into a football configuration — more space will be available for the Blue Jays’ facilities.

A larger 5,000-square foot gym will be built to match the impressive new facilities at the team’s spring training facility, as well as an improved family room for the wives and children of players.

“How do we provide players with resources, tools, technology spaces, and really a design that fosters championship culture and expectations?” said Shapiro. “Then provide them with the best possible tools to prepare to play each night, to compete, and then to recover from playing on what is an extremely gruelling 162 game schedule.”

Banner image: Toronto Blue Jays president Mark Shapiro is seen during a press conference in Toronto, Friday, Dec. 27, 2019. Shapiro announced on Thursday that the Blue Jays would be making major renovations to their downtown ballpark. THE CANADIAN PRESS/ Cole Burston

This report by The Canadian Press was first published July 28, 2022.