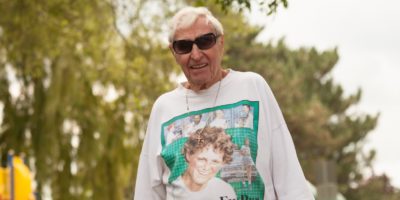 Twenty-four firefighters participated in Saturday’s walk. The total raised from Saturday is estimated to be between $12 thousand – $16 thousand.

Today ⁦@Innisfil_FIRE⁩ FF Vigneux, Capts Bray and Houlieff will be walking from Base Borden to Barrie to help Wayne Dwyer reach his 40 year goal of raising 1 million $ for Terry Fox Foundation. Long walk in full gear with a great group of Firefighter and friends! pic.twitter.com/DlchpSJkaI

This weekend a team of firefighters from Base Borden will carry an extra 70 pounds of protective gear 20 kilometers between Angus and Barrie. It’s all in support of the Terry Fox Run and one of its biggest fundraising contributors, 94-year-old Will Dwyer.

Over the last 39 years Dwyer has raised over $922 thousand for the Terry Fox Foundation and plans to reach $1 million this year.

His firefighter son, Robert, says his coworkers approached him a few weeks ago with the idea of walking from the Legacy Park War monument in Angus to the Cenotaph in Barrie while suited up in fire protection gear. Will, a World War II veteran, is hoping to join the firefighters at the start and end of the walk. The group hopes people come out to Angus or Barrie to cheer the group on and make a donation if possible.

Will started fundraising 39 years ago when Terry began his Marathon of Hope. He would go door-to-door collecting what he could and after awhile the donations began to grow.

Robert says when he was 19 years old his dad declared “I’m going to raise $1 million!” I thought “okay, good luck with that.” It was about 7 years ago that I realized he could reach this goal.

Will has participated in every Terry Fox Run and doesn’t plan on breaking tradition this year, even if he has to use his walker or scooter.

The Borden walk is on Saturday, August 24th at 8:30 am at the monument near Base Borden. With the Annual Terry Fox run taking place Sunday September 15th at Barrie’s Centennial Park.

To help Will Dwyer reach his goal visit his fundraising page. 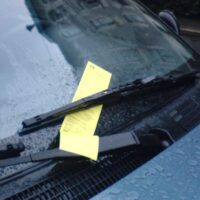