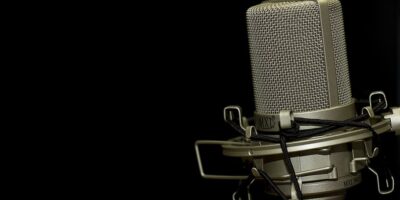 The report “The Crisis in Canadian Media and the Future of Local Broadcasting” was released Wednesday by the Canadian Association of Broadcasters (CAB).

“Canadian private television and radio is in crisis,” said Lenore Gibson, Chair of the CAB Board of Directors. “Without immediate action, Canada will see a wave of local television and radio closures over the next three years. This will deny many communities a daily local media voice, and significantly reduce the diversity of news choices and voices in almost every community in Canada.”

In Barrie, Dave Carr, General Manager of Central Ontario Broadcasting (Rock 95, 107.5 Kool Fm), said the company’s radio stations are performing very well, “This region has strong tuning to our medium, but many small stations in other parts of the country are struggling. Local Radio is a trusted source for our community. We continue to provide information and entertainment, bring local businesses to the forefront, and remain very relevant, even more so during times of crisis.”

Carr calls the report an important wake-up call for the Federal government, “Our industry is still viable, but is heavily regulated. The ongoing impact of unregulated foreign competition and now COVID are having a huge impact on Canadian radio and television revenues. We need the support of both government and the CRTC to create a more fair and sustainable environment for Canadian radio and television.”

The report states Canadians have grown accustomed to reliable and well-run local news and reporting citing the Reuters Institute’s Digital News Report 2020. It found four of the top five news sources for Canadians are private broadcasters.

The CAB says the ability to maintain that standard has been chipped away over the last 15 years due to structural changes in the advertising market and the inequitable taxation and regulatory treatment of foreign-owned online media giants. This has directly led to the financial crisis facing some private local television and radio stations, which rely almost exclusively on advertising revenue.

The shutdown of the economy, businesses, and homes during COVID-19 has not helped. Canada’s local television and radio broadcasters are facing a projected revenue shortfall of more than $1 billion in the three years between 2020 and 2022.

The continued reduction of resources for local news also means more job losses including local journalists and newsgatherers. In private radio, these closures could lead to an estimated 2,000 job losses or 24% of 2019 employment levels.

“Private broadcasters are doing everything possible to avoid major cuts or reductions in local news coverage,” said Robert Ranger, President and CEO, RNC Media Inc. “This would be a last resort.”