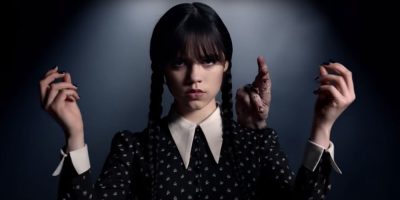 The trailer for Tim Burton’s “Wednesday” has people excited for a return to the Addams family universe.

The show centres around Morticia and Gomez Addams’s oldest and delightfully disturbed daughter.

The young pig-tailed teen’s journey begins after she gets expelled for releasing piranhas into the school pool.

She’s then transferred to a school for troubled students “ Nevermore Academy.”

The place is filled with mystery, murder, and mayhem; a perfect place for Wednesday.

“Wednesday attempts to master her emerging psychic ability, thwart a monstrous killing spree that has terrorized the local town, and solve the supernatural mystery that embroiled her parents 25 years ago – all while navigating her new and very tangled relationships at Nevermore.”

The Original Wednesday Addams, Christina Ricci is also part of the series as a new character, but there’s no details on her role yet.

The show premiers on Netflix his Fall.