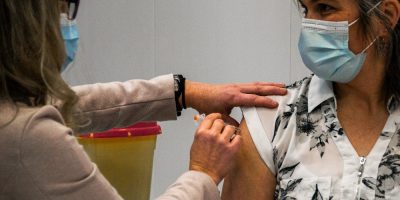 Ontario’s vaccination program will feel the pinch due to a slowdown in deliveries from drug manufacturer Pfizer.

On Tuesday, Major-General Danny Fortin, the head of the national COVID-19 inoculation program, announced that Canada will receive no deliveries of the vaccine for the week of January 25. There was a five per cent decline in deliveries to Canada this week, from 83 to 80 trays of doses.

That will impact Ontario’s inoculation efforts, according to the head of the provincial effort. “Obviously it’s going to slow down what we can do,” said retired General Rick Hillier, Ontario’s COVID-19 vaccination task force lead. “We’re going through those figures right now. Our number one priority is the long-term care homes across the province.”

While the number of deliveries has slowed, Hillier stated he still believes the province may yet hit its target of vaccinating residents of every long-term care facility in Ontario by February 15. “We’re going to be really close one way or the other. We’re going to push hard to see if we can actually get it all done. And if we can’t, it will be because we simply don’t have enough vaccines. But we will be close.”

Last week, Pfizer announced it would be delaying shipments of its two-dose vaccine as it was retooling its facility in Belgium to further increase production.