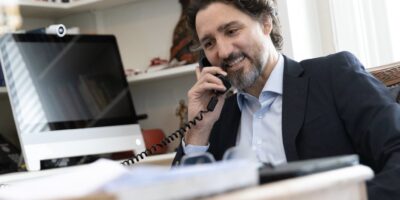 A CF Snowbird jet crashed shortly after takeoff from the airport in Kamloops and burst into flames in the front yard of a home.

CF Snowbirds identified Capt. Jenn Casey as the team member who died as a result of the crash.

“In the wake of the tragic crash over the weekend, Canadians stand with Capt. Jenn Casey and Capt. Richard MacDougall.

MacDougall was the pilot of the aircraft. He has serious injuries that are not considered to be life-threatening.

“This has been a very difficult few weeks for the members of the Canadian Forces, She will be remembered for her sense of humour and her kindness. Our women and men in uniform are always there for us, working here at home to protect our seniors, flying overhead to lift our spirits,” said Trudeau.

Canada and the US have agreed to extend border closure measures for another 30 days. “This is an important decision that will keep people in both countries safe,” said Trudeau.

The prime minister was asked if there will be further extensions? Trudeau says the federal government’s decisions are being made “week to week” during this crisis.

It was the “right thing” to extend the closure said Trudeau. “We will continue to watch what’s happening around the world and will make the right decisions based on circumstances.”

The border remains closed to non-essential travel but the order exempts trade and commerce and healthcare workers who require cross-border travel.

Expansion of eligibility criteria for CEBA

The Prime Minister also announced an expansion to the eligibility criteria for the Canada Emergency Business Account (CEBA) to include many owner-operated small businesses.

“By expanding the CEBA, we will be giving more businesses access to the support they need, so they can help protect workers and the jobs they rely on. Today we are helping to keep more businesses open and more Canadians working, so we are better prepared for the recovery to come,” said Trudeau.

He says the program will now be available to a greater number of businesses that are sole proprietors receiving income directly from their businesses, businesses that rely on contractors, and family-owned corporations that pay employees through dividends rather than payroll.

To qualify under the expanded eligibility criteria, applicants with payroll lower than $20,000 would need:

Expenses will be subject to verification and audit by the Government of Canada. More details, including the launch date for applications under the new criteria, will follow in the days to come.

Trudeau says the federal government has put forward a proposal to increase testing and tracing with the provinces. “We need to make sure we have a capacity to respond quickly, and we want to ramp up massively with the provinces.”

“I spoke on the phone with Queen Elizabeth II today. We talked about the state of the world, COVID-19, and more. I also thanked her for the hopeful messages she has sent during these difficult times, and I wished her the very best this Victoria Day,” the Prime Minister tweeted on Monday.