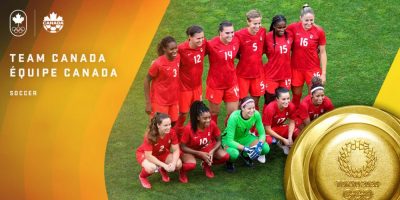 So many heart-stopping moments.

From the opening goal by Sweden, to Canada tying the game on a penalty kick, to hit posts and crossbars in the shootout.

In the end, Canadian goalkeeper Stephanie Labbe made the extra save, and Julia Grosso scored the goal that mattered in the sixth round. It was Grosso’s first Olympics.

Jessie Fleming and Deanne Rose also scored for Canada in the shootout.