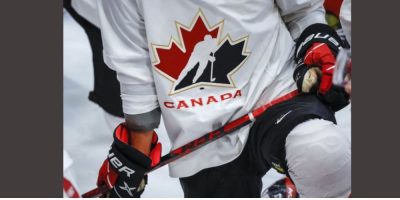 Canadian Tire Corp. has ended its partnership with Hockey Canada as the fallout from the sporting organization’s handling of alleged sexual assaults grows.

The retailer joins a list of top-tier sponsors including Telus Corp., Scotiabank, Tim Hortons and Chevrolet Canada that have pulled their backing of hockey’s national governing body.

Yet while other corporate sponsors have paused support, Canadian Tire appears to be permanently severing its ties with Hockey Canada.

“Hockey Canada continues to resist meaningful change and we can no longer confidently move forward together,” Canadian Tire senior vice-president of communications Jane Shaw said in a statement on Thursday.

Canadian Tire will redirect its support to hockey-related organizations that better align with the company’s values, she said.

“We are committed to supporting hockey and sport that is inclusive and safe for all Canadians,” Shaw said. The Respect Group, which is focused on preventing bullying, abuse, harassment and discrimination, is one of many organizations where funds will be diverted, she said.

The move comes as Hockey Canada continues to defend its leadership and the way money was paid out in lawsuits involving allegations of group sexual assaults.

The organization has been under intense scrutiny since May when it was revealed it had settled a lawsuit with a woman who alleged she was sexually assaulted by eight players from the 2018 junior men’s hockey team during a gala event in London, Ont., that year.

Among other revelations that followed was Hockey Canada’s admission it drew on minor hockey membership fees to pay for uninsured liabilities, including sexual abuse claims.

Calls for leadership change at the embattled sporting body grew louder during parliamentary hearings in Ottawa this week, with the federal sports minister saying it’s time to “clean the house.”

But Hockey Canada’s interim chairwoman Andrea Skinner said she continues to stand by the CEO and management, insisting that culture change can happen while maintaining leadership stability.

Meanwhile, Telus said it will not be sponsoring Hockey Canada’s men’s hockey programs for the 2022-23 season, including the upcoming World Juniors tournament.

“We are deeply disheartened by the lack of action and commitment from Hockey Canada to drive necessary cultural change,” the company said.  “We remain passionate fans and supporters of the sport of hockey and stand committed to enabling systemic change to make hockey safe for all.”

Scotiabank said its decision to pause support for men’s hockey at Hockey Canada, first announced in June, will remain in effect throughout the entire 2022-2023 season.

“In our open letter in June, we publicly called on Hockey Canada to hold the game to a higher standard and we are disappointed with the lack of progress to date,” the bank said in a statement.

“From Hockey Canada, we expect a tangible commitment to transparency with Canadians, strong leadership, accountability with their stakeholders and the hockey community, and improved safety both on and off the ice. Ultimately our position hasn’t wavered: the time for change is long overdue.”

Chevrolet Canada paused its sponsorship of Hockey Canada in June. The company confirmed on Thursday that the suspension remains in effect.

“We seek more clarity on what specific steps the organization has and will take following the alleged incidents of abuse,” Chevrolet’s parent company General Motors said in a statement.

“We at GM have no tolerance for abuse of any kind and wish to see Hockey Canada return to setting a positive example for all Canadians in all it does.”

Hockey Quebec said this week it has lost confidence in Hockey Canada and will not transfer funds to the national organization.

The Ontario Hockey Federation, the largest of Canada’s 13 provincial and territorial hockey associations, has also asked Hockey Canada a second time to not collect the $3 participant assessment fee from its members for the 2022-23 season.