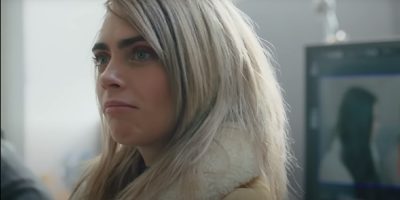 Scientists want to know why men are more likely to orgasm during sex than women, known as the “gender climax gap.”

In her documentary series “Planet Sex with Cara Delevingne,” the Supermodel donated her orgasm to science to discover what causes the difference between men and women during intimacy.

Delevingne, who identifies as pansexual, gave researchers a sample of her blood before and after a solo sex act to determine its effect on her body chemistry.

In an interview, she said, “I think female sexual desire has definitely been repressed. I know from my own love life just how sexual women can be so you’d think in the 21st Century men and women should be having equally satisfying sex lives, right?”

The results of the test are revealed during the show.

In the series, Cara travels the globe exploring new adventures and speaking openly with people about their sexual experiences.

Have a look at the trailer below.

feature image from Planet Sex with Cara Delevingne via youtube