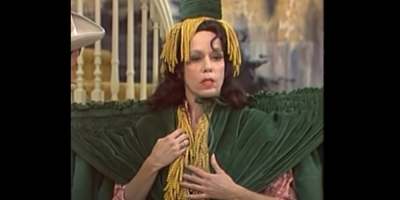 The sketch comedy asked fans on Twitter who they would like to host in the upcoming 48th season, and an overwhelming number of people chose the 89-year legendary comedian.

I want to see Carol Burnett host @nbcsnl this season. If anyone agrees with me, like this tweet. #CarolBurnett #SNL

Since Burnett’s name was thrown in; several comedians have joined the cause, saying she more than deserves the honour.

The comedian is well known for sketch show “The Carol Burnett
Show” which ran from 1967-1978, in addition to her countless movie and television appearances throughout her career.

Her latest TV role was in AMC’S final season of “Better Call Saul”, and she is currently working on a project with Former SNL star Kristen Wiig on a comedy series called “Mrs. American Pie.”

If she hosts, she will be the oldest person to take the show’s centre stage in its 47-season history, the oldest being the late great Betty White at 88 years old.

Similarly, it was social media that led to White hosting the show in 2010.

A Facebook push by fans had White accept a long-standing offer to finally host after rejecting previous offers.

Have a look at Betty White monologue below