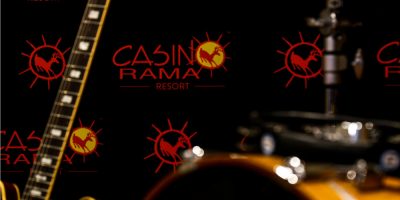 After a nearly 2 years hiatus, Casino Rama is set to reopen its world-class entertainment centre with a huge lineup of shows beginning in January 2022.

Casino Rama has been slowly reopening parts of its business over the last year, but the inclusion of the entertainment centre will mean every part of the resort, from the hotel and spas to the gaming floor, will now be open to the public.

To kick off their reopening, Casino Rama has announced a lineup of over 20 shows taking place throughout the year. You can check out a full list of the shows on their website, but here are a few we can’t wait to check out:

Kicking off Casino Rama’s entertainment return will be none other than Canadian Gemini Award-winning stand-up comedian, Russel Peters.

Everyone remembers those sick days at home when you would sleep the day away and watch The Price is Right! Alongside a celebrity host, randomly-selected contestants can play favourites like Cliffhanger, spin The Big Wheel, and take part in the Showcase Showdown.

In Conversation With The Sopranos (March 12)

With the release of the new film, The Sopranos is back on everyone’s mind and this special show will give you a behind-the-scenes look at the stories and drama from the show with appearances from Steve Schirippa, Vincent Pastore, Michael Imperiol.

If you love leaving a show thinking “how on earth did they do that?”, Rick Thomas’s one-of-a-kind illusionist show combines magic, music, and dance into a performance unlike any other.

One of the most important figures in rap history, Ice Cube will be hitting the Casino Rama stage to bust out his signature style and rhymes.

Casino Rama wants to ensure the safest reopening possible so the standard safety protocols such as masking, sanitizing, and proof of vaccination (14 days prior to entry) will all be in place.

“We’re really proud of the lineup, it really crosses the spectrum. We’re very excited,” said Rob Mitchell, Director of Communications and Public Affairs for Gateway Casinos. “This is also an opportunity to bring back a lot of staff. It’s a pretty complicated business running the entertainment centre, over 200 people, so they’re all coming back. Stagehands, lighting crew, sound technicians, right on through to the box office, food & beverage, and the lobby.”

For more information about Casino Rama and the full lineup of shows, click here.