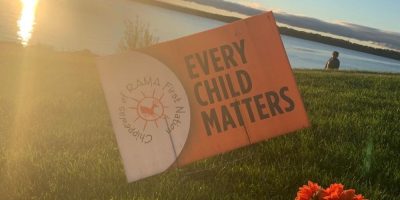 A $40-billion agreement in principle to compensate First Nations children and their families impacted by an underfunded child welfare system was unveiled by Indigenous leaders and the federal government on Tuesday. The plan also includes methods to reform the system.

The federal government will provide $20 billion to children on reserve and in the Yukon who were unnecessarily removed from their homes between Apr. 1, 1991 and Mar. 31, 2022. This also extended to parents and caregivers.

The other $20 billion is for long-term reform of the on-reserve child welfare system.

The parties have until Mar. 31 to finalize the agreement.

Once this happens, some aspects of the deal will begin the next day, on Apr. 1.

Among the provisions, Ottawa will provide support to youths aged out of care between 18 and 25, including those who are in that age bracket right now. These individuals will be able to access services to support them in the search for housing, learn life skills, and improve their financial literacy.

Ottawa will give $2,500 annually over five years to each member of all 630 First Nations for various services to prevent child apprehensions, such as cultural and mental health supports, and to address multi-generational trauma lingering from residential schools and the on-reserve child welfare systems. Rather than give money to the individuals themselves, it will be given to their community agencies.

The agreement must be approved by the Federal Court and the Canadian Human Rights Tribunal before it is finalized.

If approved, this could end a 15-year legal battle.