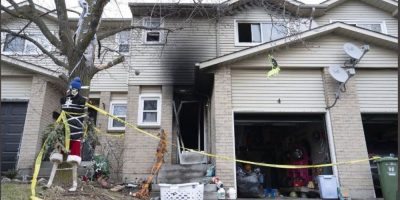 By Fakiha Baig in Hamilton

Neighbours rushed towards a burning Hamilton home with ladders, witnesses said, as children inside screamed for help during a Thursday night fire that left four people dead.

Chris Theriault, who lives next door and had to evacuate as a result of the fire, said three or four neighbours were trying to get a ladder up to a man on the second floor.

“There was black smoke billowing and I heard children screaming inside to help them. Obviously by the time the firefighters got to them it was too late,” Theriault said Friday.

Two adults and two children died in hospital after firefighters pulled them from the second floor of the burning townhouse in the city’s southeast, Hamilton fire Chief Dave Cunliffe said at the scene Friday.

“They did everything they could through very difficult conditions,” he said of emergency crews.

“It is very difficult when we bring people out and they, unfortunately, succumb to their injuries.”

As of Friday afternoon, there was no evidence of working smoke alarms in the house, said investigator Mike Ross with Ontario’s Office of the Fire Marshal.

Two other people inside the home were also taken to hospital where they were in stable condition, Hamilton police said in a statement early Friday morning.

Police did not immediately confirm the victims’ identities, the relation between them, or details about the other two people who survived.

Juliana Tavares, a family friend of the residents of the unit, said some of the people in the house were related and that the kids were a brother and sister with “an amazing bond.”

She described the brother as the “most sensitive young boy” who helped others and the sister as a “brilliant, intelligent young girl” who “lit up a room.”

“I was just here two days ago with (the kids) opening their gifts from Christmas and I can’t even believe it,” she said.

Tavares said she visited the two survivors on Friday and they are “traumatized” and “absolutely devastated.”

Jessica Stewart, who lives down the street, said she came outside after hearing what she believed to be the panicked screams of neighbours. As she stepped outside, she saw her next-door neighbour run by, grab a ladder and head toward the fire.

“A lot of the neighbours were down there with their ladders. But then the fire trucks showed up and they did what they could,” she said. “It’s just heartbreaking. Devastating. I wish there was more we could have done but, yeah, it’s super sad.”

The fire marshal’s office is continuing to investigate the cause of the fire.

Speaking at the scene, Ross said the preliminary investigation suggests the fire started and spread across the entire ground floor before migrating up the stairs to the second floor where it caused some damage.

Police tape wrapped around a tree in the front lawn and crossed an open garage door where a pink toy car could be seen inside. The townhouse exterior was blackened from smoke and a charred hole remained where a front door once stood.

Neighbours described hearing the pop of shattered windows Thursday night as smoke escaped from the townhouse and flames lit up the sky.

Crews were called to the townhouse just after 11 p.m., and upon arrival firefighters could see heavy smoke and fire coming from the front and back of the unit, fire officials said.

The first firefighters to arrive were told there were people trapped on the second floor, said Cunliffe, the fire chief.

Crews battled through fire, heavy smoke and high heat as they pulled four people from the home.

“Our thoughts are with all their loved ones and the community,” she tweeted. “I thank our first responders who attended the scene and know that this is personally devastating for them as well.”

Residents evacuated from the two adjacent units Thursday night and could return to their homes Friday, police and fire said. The fire investigator said there was smoke damage to those units.

– With files from Jordan Omstead 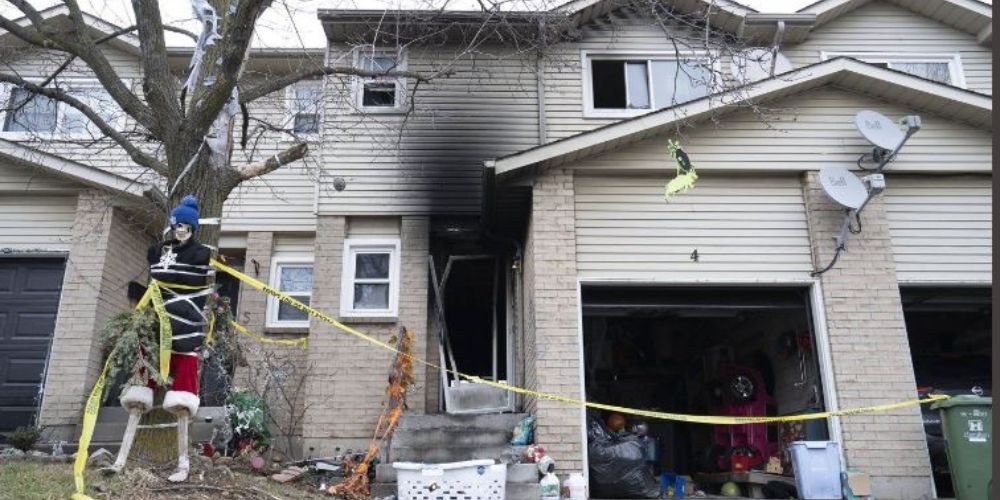 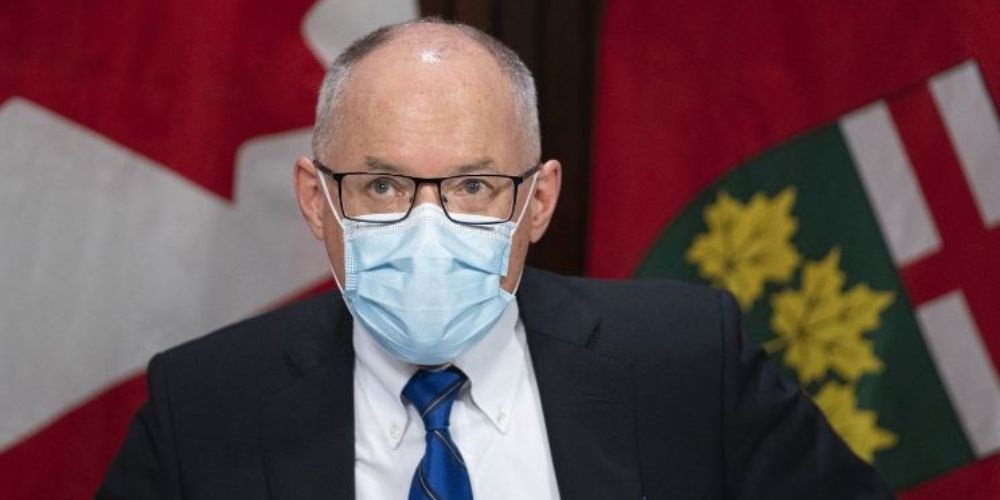