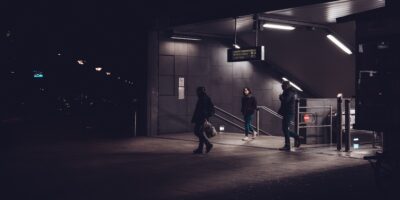 Canadians of Chinese ethnicity are experiencing widespread racism during the COVID-19 pandemic, according to a survey released on Monday.

The survey, conducted by the Angus Reid Institute and the University of Alberta, involved responses from 500 Canadians of Chinese ethnicity.

Half of those surveyed reported instances of assault, verbal threats, graffiti and worse.

“I have been repeatedly yelled at on the sidewalk in my own neighborhood,” said one person who took part in the survey.

Nearly 30 per cent said they have been made to feel as if they are a threat to the health of others.

“I was at a local Loblaws in the queue to pay and a person behind me got too close. I requested that he back up to allow for social distancing and he stated, “shut up and go back to where you came from,” said one man in his 50s.

“I don’t read internet comments or contribute to discussions online because I receive nasty personal messages and harassment if I mention being Chinese Canadian, even though I don’t speak the language,” said a woman in her 20s.

Over half the respondents are also worried that Asian children will face bullying once school resumes.

And some 60 per cent said they have adjusted their routines in order to avoid run-ins or otherwise unpleasant encounters since the outbreak began.

According to Stats Canada, around 1.7 million Canadians identify as ethnically Chinese.

METHODOLOGY: The Angus Reid Institute, in partnership with the University of Alberta, conducted an online survey from June 15-18, 2020 among a representative randomized sample of 516 Canadian adults who self-identify as being ethnically Chinese and are members of Angus Reid Forum or Inclusive Insights. For comparison purposes only, a probability sample of this size would carry a margin of error of +/- 4.3 percentage points, 19 times out of 20. Discrepancies in or between totals are due to rounding. The survey was self-commissioned and paid for by ARI and U of A. Detailed tables are found at the end of this release.