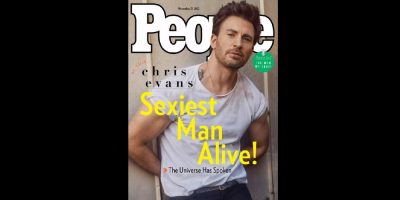 Chris Evans was announced as the top contender on “The Late Show with Stephen Colbert,” on Monday night.

He tells People, “This whole thing is tough to be interviewed about; it feels like a weird form of humble bragging.”

The 41-year-old action star says his friends will have fun with his new title. “Really, this will just be a point of bullying; It’s ripe for harassment.” He joked.

However, there’s one person who’s happy for him. “My mom will be so happy, she’s proud of everything I do, but this is something she can really brag about.” He says.

And he’s right. His mom responded to his new title, saying, “I am not surprised at all. Our family will be beside themselves.”

Maybe now he’ll take some of the embarrassing heat away from Paul Rudd, who People named the “Sexiest Man Alive” in 2021.