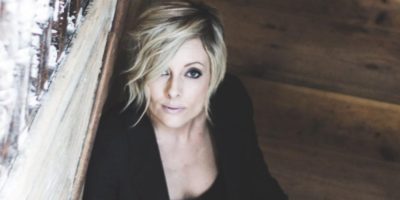 Christina Martin marks her first Barrie area concert at Utopia Hall May 25. It’s part of an Ontario tour for the award winning singer-songwriter.

Raised on Canada’s East Coast, Martin moved to Austin, Texas in the summer of 1999 looking for new experiences. Many of the people she met were musicians.

“As a kid, I had something in me that wanted to write and perform but not publically. It was very private – singing to myself,” said Martin, who purchased her first guitar in Germany, where she was working as a nanny.

Then she moved back to Texas and began performing at open mics, learning the ropes of performing live, and honing her skills as a singer-songwriter.

Shortly after her first album dropped, she moved back to Halifax to start her music career. Since then her songs have been featured in films and television. She’s performed at music festivals

around the world and won numerous awards. Her sixth studio record called “Impossible To Hold” won the 2018 Music Nova Scotia Award Pop Recording of the Year.

She will be touring as a duo, with her husband, lead guitarist, and producer, Dale Murray.

Martin has partnered with The Centre for Addiction and Mental Health (CAMH) to help raise awareness for the work they do (see www.camh.ca)  She lost a brother, who was bipolar, to an accidental opioid overdose in 2013.