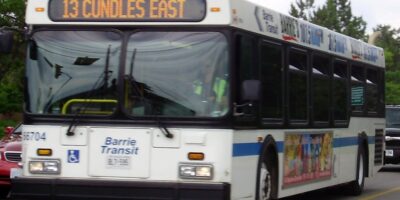 Upon learning two Barrie Transit bus drivers tested positive for COVID-19 and had been self-isolating for the past week, two questions emerged: what routes did they drive, and why wait a week to tell the public?

Brent Forsyth, the city’s Director of Transit & Parking Strategy says they cannot disclose the routes these drivers worked. “On the direction of the Health Unit, we need to help protect the privacy of the individuals, so we can’t share the route numbers,” Forsyth told Barrie 360 Tuesday morning. “The drivers and contractor have followed the Health Unit guidelines while they awaited the results of the tests.”

RELATED: TWO BARRIE TRANSIT BUS DRIVERS TEST POSITIVE FOR COVID-19, NO SIGNS OF SPREAD ONBOARD OR AT BUS DEPOT

Forsyth added that the city disclosed the news as soon as the cases were brought to their attention. “We met with the Health Unit and shared this information for the public the same day we were notified.” He indicated the city was informed by the contractor that runs Barrie Transit operations of the two positive tests just yesterday.

“Since the beginning of the pandemic, Barrie Transit has taken extra precautions to keep employees and riders safe and continues to follow the direction of the Health Unit,” added Forsyth. “These measures include plexiglass shield around the driver, at least six feet of space between the driver and the first seat on the bus, enhanced cleaning and disinfecting of vehicles.”

The buses these drivers operated were taken out of service for two days following news of the two positive tests. 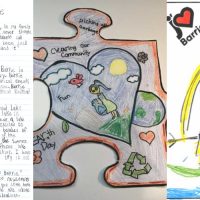