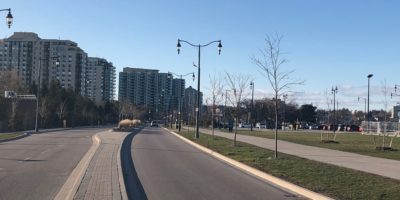 Barrie City Hall plans to reopen northbound lanes of Lakeshore Drive as of Friday after the added space brought about by its closure wasn’t used as planned.

Barrie Council closed Lakeshore Drive from the Tiffin Boat Launch to Victoria Street in early May, as a pilot project designed to allow pedestrians and more cyclists space for physical distancing.

RELATED: NORTHBOUND LAKESHORE DRIVE TO BECOME TEMPORARY RIGHT-OF-WAY FOR CYCLISTS AND PEDESTRIANS ONLY

City Hall said in a media release Thursday morning the added space was not being used as much as anticipated, and that the road will be reopened to vehicles as a result.

The City adds this will allow for increased parking spots and traffic flow as more businesses reopen under the province’s phase two of restarting the economy.