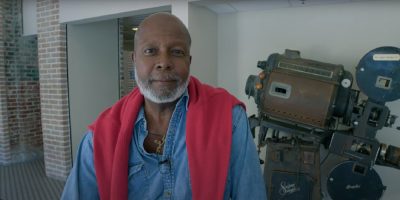 News of his death came from ‘The University of Nevada, Las Vegas College of Fine Arts,’ where Gilyard was a film and theatre professor,

The cause of death isn’t known, but reports say he suffered from a long illness.

Gilyard was a familiar face on the big and small screen for nearly three decades.

He later played the technical heist man ‘Theo’ in the first Die Hard.

He was a series regular on ‘Matlock’ in the early 90’s where he played a private detective.

He then starred opposite Chuck Norris in ‘Walker, Texas Ranger,’ playing his equally bad a$$ partner Jimmy Trivette.

In 2020, Gilyard briefly revisited his ‘Die Hard’ role for a Superbowl commercial for Die Hard Batteries, a spot that reunited him with co-star Bruce Willis.

Once he was done with acting, he turned to academia, eventually joining the University of Nevada, Las Vegas College of Fine Arts department as a film professor.

In a statement from the University, Colleague Heather Addison, shared, “Whenever we asked him how he was, he would cheerfully declare that he was ‘Blessed!’ But we are truly the ones who were blessed to be his colleagues and students for so many years.”