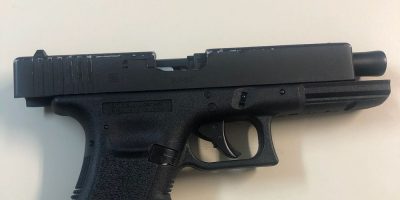 The Collingwood & Blue Mountains OPP have laid charges regarding a man impersonating police in Collingwood.

OPP say on Thursday, March 3, they received a report of a man making threats in Collingwood. Police say they found out the man identified himself as a police officer and had a firearm.

Officers say they located and arrested the man without incident – they seized an imitation firearm and a fake police ID.

OPP say they’ve laid multiple charges on a 22-year-old Collingwood man, including impersonating a police officer, possession of a weapon for dangerous purposes, and breach of probation.

The accused is scheduled for a court appearance at a future date.

Police say if you are concerned about the legitimacy of any interaction with an OPP officer, call the OPP at 1-888-310-1122 to verify their identity. You can also request to see the officer’s badge and identification. Some officers and off-duty officers do not wear uniforms, but they should be able to provide you with the name of their service and detachment, badge number and rank without hesitation, and produce their badge and identification.