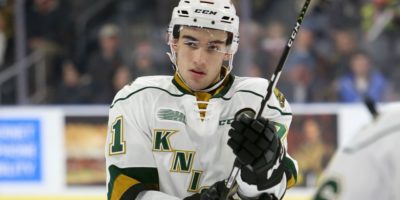 TRADE: The Barrie Colts have dealt defensemen Joey Keane to the @GoLondonKnights in exchange for forward, Dalton Duhart and picks.

17-year-old Duhart is in his second season with the Knights. He has 16 points in 65 career OHL games. Colts Gm and head scout Jason Ford says Duhart “eagerly wants to better himself as a hockey player“, and he’ll get every opportunity to do that in Barrie.

In Joey Keane the Colts give up a very strong right-handed D-Man. Keane joins his younger brother Gerard in the Knights dressing room. Gerard was drafted by the Knights in the 2018 OHL entry draft.

Barrie won’t face London until January 17th, when the Knights visit the BMC for the first and only time this season.

The Colts will visit the Kitchener Rangers tonight and Duhart will be in the lineup, wearing #91. Barrie is back at home on Saturday when they face the North Bay Battalion. Tickets are still available here.