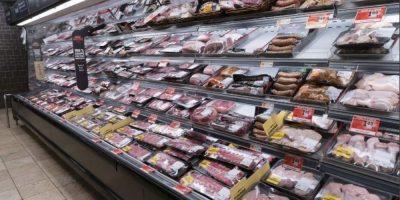 Canada’s competition watchdog is launching a study to examine whether the highly concentrated grocery sector is contributing to rising food costs.

“It used to be that food price increases took a back seat to things like gasoline. Now food prices in grocery stores are becoming one of the key drivers of inflation,” said David Macdonald, senior economist with the Canadian Centre for Policy Alternatives.

The Competition Bureau said Monday its study will examine to what extent higher grocery prices are related to changing competitive dynamics in the sector and noted that grocery prices are increasing at the fastest rate in 40 years.

Food retail prices in September rose at the fastest pace since 1981, with prices up 11.4 per cent compared with a year ago, Statistics Canada reported last week. That compared with an overall inflation rate of 6.9 per cent.

Although the inflation rate has dropped from its peak of 8.1 per cent in June, food prices are outstripping the overall consumer price index and continue to rise.

Canada’s grocers have suggested in the past that consolidation in the food retail industry can increase efficiencies and provide consumers with more value.

Many grocery chains and food and beverage companies posted record profits during the pandemic and continue to post higher earnings, he said.

“It’s true that input costs are rising for these companies,” Macdonald said. “But so are their profits.”

The Competition Bureau said it expects to explore how the government could act to combat grocery price increases by way of greater competition in the industry.

It noted that the grocery sector is concentrated, with many Canadians buying from one of three companies: Loblaw, Metro and Sobeys.

“One of the real issues is whether or not there’s some form of collusion going on in terms of pricing between the major grocery chains, and for this reason, prices seem to have risen faster than inflation,” said David Soberman, marketing professor in the Rotman School of Management at the University of Toronto.

“One of the things that we know based on research is that collusive conduct — whether it’s explicit or tacit — tends to be more frequent in industries that are highly concentrated.”

In recent years, Canada’s big three grocery chains came under fire for a multi-year bread price-fixing scandal and the simultaneous ending of “hero pay” bonuses for front-line workers during the pandemic.

Metro said it would not be commenting on the study, while Sobeys did not respond before deadline and Loblaw referred questions to the Retail Council of Canada.

In an email, retail council spokeswoman Michelle Wasylyshen said the industry group welcomes a review of the entire food supply chain system in Canada “so that the Competition Bureau can provide more accurate information to Canadians and elected officials that will show that grocers are not inflating the price of food.”

“Geedflation” is a myth, she said, noting that the reality is that Canadian grocers have small margin rates of between two and four per cent and those have not changed during this inflationary period.

“The price increases that you see on the shelf are coming from the manufacturers and processors and they are not unique to Canada or to the grocery aisle,” Wasylyshen said.

“Canadians are facing increasing prices because of a variety of increasing costs across the supply chain, especially those caused by the invasion of Ukraine and climatic events.”

The lack of competition in the food retail industry has made it more difficult for smaller, independent grocers, said Gary Sands, senior vice-president of public policy with the Canadian Federation of Independent Grocers.

“The leverage that chains can exert in the marketplace can put the independents at a disadvantage,” he said. “When there were shortages during the pandemic, for example, there were cases where the chains were getting supplied with product and … we had empty shelves.”

Sands questioned how much can be changed retroactively.

“The horse is not just out of the barn, it’s galloped off into another field,” he said.

The study will better position the Competition Bureau to evaluate future proposed mergers and acquisitions, but it’s unlikely to force any changes on the grocery industry now, said Sylvain Charlebois, a professor of food distribution and policy at Dalhousie University.

“The study is important and it marks a change of tone and style that is needed at the Bureau,” he said. “But I don’t expect it to change the industry. Will they ask Loblaw to get rid of Provigo or Sobeys to get rid of Safeway?”

Charlebois added: “This is the structure we have. What’s important is for the Bureau to better understand the implications of decisions that are made in the future.”

Still, the mere threat of being investigated and seeing consumers switch to big-box competitors like Walmart or Costco could prompt grocers to act, observers say.

“The threat of enforcement is often as effective as enforcement,” Macdonald said. “They’re feeling the heat. There’s been a lot of public pressure and we’ve already seen some grocers announce they’re freezing prices of house brands.”

The Competition Bureau will provide a set of recommendations for the government in its final report, which it plans to publish in June.

The House of Commons also voted unanimously in favour of an NDP motion calling on the government to tackle “corporate greed” in the grocery sector.