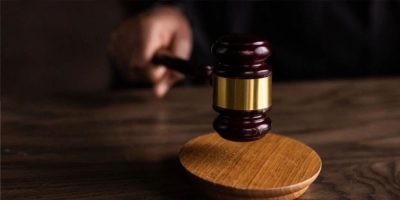 An Ontario judge overseeing the trial of a driver who struck and killed a woman and her three young daughters in Brampton nearly two years ago has rejected his challenge of the law on cannabis−impaired driving.

Brady Robertson, of Caledon, Ont., has pleaded guilty to four counts of dangerous driving causing death in connection with the June 18, 2020 collision that killed Karolina Ciasullo and her three daughters, Klara, Lilianna and Mila, who were between the ages of six and one.

But he pleaded not guilty to four counts of operation while impaired by drugs causing death, and his lawyers filed a constitutional challenge to Canada’s law setting out a legal limit for THC blood concentration when driving.

They argued the limit of five nanograms of THC per millilitre of blood within two hours of driving is arbitrary and overbroad because it doesn’t correlate to impairment.

Defence lawyers raised, as a hypothetical scenario, the possibility that frequent cannabis users could have residual THC levels beyond the legal limit even after the impairing effects of the drug wore off.

Ontario court Judge Sandra Caponecchia previously found Robertson had a blood THC concentration of 405 ng/ml about 45 minutes after the crash, but said the verdict on the impairment charges would rest on the outcome of the constitutional challenge.

She concluded, however, that while the legal limit may affect some frequent and chronic users of cannabis, “it does so in a way that does not violate the principles of fundamental justice because, on balance, the impact is neither arbitrary nor over broad.”

“The impact is consistent with Parliament’s stated intention when the possession of cannabis was legalized: to strengthen the laws with a view to not only detecting impaired drivers but also deterring individuals who consume cannabis from getting behind the wheel of a car when they represent a risk to the public,” she wrote.

As well, the judge said it cannot be assumed that a THC reading of 5ng/ml reflects a “harmless amount of residual THC level,” as opposed to evidence of recent consumption, in every frequent cannabis use.

Even so, “blood can only be seized when there are reasonable grounds to believe an offence has been committed,” she wrote.

Robertson’s lawyer declined to comment on the ruling Thursday.

Sentencing submissions in the case are scheduled to begin on April 25.

At a sentencing hearing in December, tearful friends and relatives laid bare their grief at the loss of Ciasullo and her daughters.

Ciasullo’s older sister, Anna Martin, told a Brampton courthouse that she felt like a “zombie” and struggled to navigate life without her sibling.

Others said the crash left them reeling with shock, with some expressing fear about driving or getting into a car.