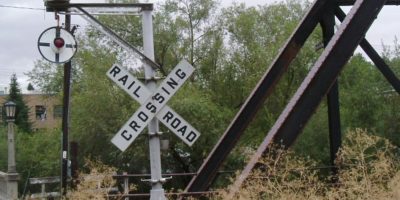 A man is facing impaired driving charges after police say his vehicle collided with a train.

Emergency crews including the Simcoe County Paramedics and Springwater Fire Service were called out with reports of a crash at a rail crossing on Vespra Valley Road in Springwater, around 9:00 Sunday.

Police investigation indicates the driver tried to beat the railway crossing lights, but ended up striking the train instead. A 44-year-old man was taken back to the station for breath tests; police say he failed twice in a row. He will be in a Collingwood courtroom later this month to answer to Drunk Driving charges among other.