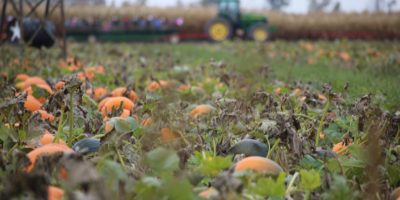 An Everett man is accused of being caught with his hands in the cookie jar, so to speak.

Nottawasaga OPP say the 47-year-old man was spied tampering with the cash box at a local self-serve pumpkin stand.

The owners believed the box was being tampered with and set up surveillance there. Police say the suspect was caught in the act, and has since been charged with Theft.