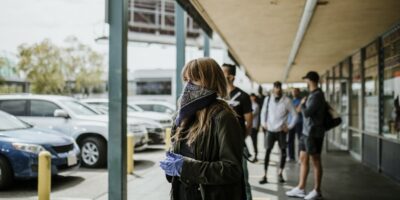 COVID-19 death rates were significantly lower in countries that recommended masks be worn during the onset of outbreaks, according to a newly released study.

The study’s authors looked at COVID-19-related death rates in 198 countries.

In countries not recommending masks, the per-capita mortality tended to increase each week by 54 per cent.

In contrast, in countries recommending masks, the per-capita mortality tended to increase each week by just 8 per cent.

In countries where masks were recommended within 15 days of the onset of the outbreak, the study found the mortality rate was so low that the curve was difficult to distinguish.

The study concluded that societal norms and government policies supporting the wearing of masks by the public, as well as international travel controls, are “independently associated with lower per-capita mortality” from COVID-19.

The conclusions are similar to a modeling study from Cambridge University that suggests population-wide use of facemasks, combined with lockdowns, could prevent further waves of the virus.

“Our analyses support the immediate and universal adoption of facemasks by the public,” wrote Dr. Richard Stutt, lead researcher at Cambridge’s Department of Plant Sciences.

“We have little to lose from the widespread adoption of face masks, but the gains could be significant.”

A group of Canadian doctors and scientists are also urging lawmakers to make masks mandatory in some public spaces.

The Masks4Canada campaign is lobbying for 80 per cent of Canadians to wear masks in public.

WHO initially advised against widespread mask-wearing

The World Health Organization initially advised against widespread mask-wearing by the public, as did Canada and the United States.

The WHO reversed course on June 5 and recommended people wear masks while in public.

Anyone who travels by plane in Canada is now required to wear a cloth face mask.

Ridesharing apps like Lyft and Uber now require both users and drivers to wear a face mask.

Some regions, like in Windsor-Essex, have even implemented mandatory face mask use in commercial settings.

The use of face masks is included in the recommendations made by the Simcoe Muskoka District Health Unit to stop the spread of the virus.