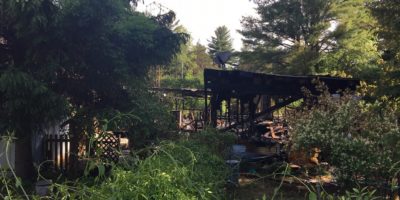 Springwater Fire spent all night making sure other mobile homes were spared the same fate as one destroyed by fire.

First responders were called to Reflections RV Park on Highway 90 just before midnight Thursday, to find a mobile home fully engulfed in flame. Fire crews began a defensive attack on the fire to prevent its spread.

The trailer was unoccupied at the time of the fire, while the cause is believed to be electrical in nature. Damage estimated at $60,000.