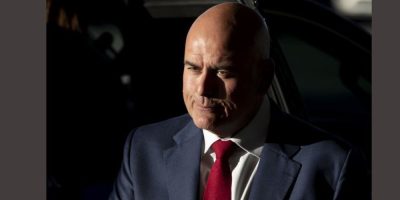 Steven Del Duca has resigned as leader of Ontario’s Liberals after his party’s third-place finish in the election.

The Liberals failed to secure official party status once again, and Del Duca was unable to win in his own riding of Vaughan-Woodbridge.

Del Duca says the party will be moving forward with a new leader.

The Liberals suffered a historic loss in 2018, securing just seven seats in the legislature, and were looking to rebuild in this election.

But they trailed far behind the Progressive Conservatives who secured a second majority, and the NDP who regained official Opposition status.

Del Duca says he’s sure the Liberal candidates who have been elected to Queen’s Park will serve their constituents well.

The former Wynne government minister was elected to helm the party days before the first COVID-19 lockdown in 2020.

His Liberal platform included plans to make COVID-19 vaccinations compulsory for school attendance, remove provincial HST on prepared foods under $20 and boost the minimum wage to $16 per hour by next year.