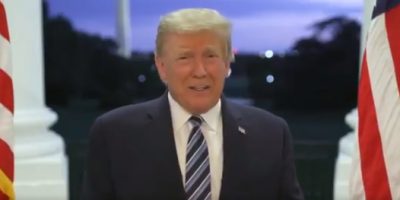 President Trump immediately ignited a new controversy when he got back to the White House after being discharged from Walter Reed Medical Center Monday evening by declaring that, despite his illness, the nation shouldn’t fear COVID-19.

Mr. Trump’s message alarmed infectious disease experts and suggested his own illness hadn’t caused him to rethink his often-cavalier attitude toward the disease.

“We have to be realistic in this: COVID is a complete threat to the American population,” Dr. David Nace of the University of Pittsburgh Medical Center, said of Mr. Trump’s comment. “Most of the people aren’t so lucky as the president,” with an in-house medical unit and access to experimental treatments, added Nace, an expert on infections in older adults.

“It’s an unconscionable message,” agreed Dr. Sadiya Khan of Northwestern University Feinberg School of Medicine. “I would go so far as to say that it may precipitate or worsen spread.”

Likewise, Democratic presidential nominee Joe Biden, who spent more than 90 minutes on the debate stage with Trump last week, said during an NBC town hall Monday night that he was glad Trump seemed to be recovering well, “but there’s a lot to be concerned about – 210,000 people have died. I hope no one walks away with the message that it’s not a problem.” Biden tested negative for the virus on Sunday.