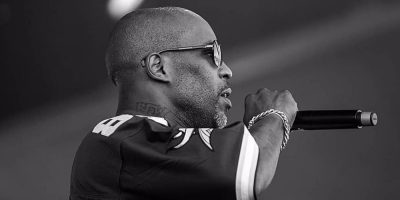 DMX, the prolific rapper and actor who rose to fame in the late 1990s and 2000s, has died nearly a week after suffering a heart attack, his family said in a statement Friday. He was 50 years old.

“Earl was a warrior who fought till the very end. He loved his family with all of his heart and we cherish the times we spent with him,” his family said. “Earl’s music inspired countless fans across the world and his iconic legacy will live on forever. We appreciate all of the love and support during this incredibly difficult time.”

The rapper, whose real name is Earl Simmons, was hospitalized in White Plains, New York, after suffering the heart attack on April 2. He spent roughly a week on life support and was facing what his family called “serious health issues.”

Known for his electrifying hits, aggressive rhymes and growling voice, DMX defined the 2000s era of hip-hop, becoming the first artist to debut an album at No. 1 five times in a row on the Billboard charts. He also became a welcome face on screen, becoming an actor with roles in the cult classic “Belly” in 1998, “Romeo Must Die” in 2000 and “Exit Wounds” in 2001.

Fellow musicians and celebrities responded to news of DMX’s hospitalization with public displays of support and condolences to his family, including Missy Elliot, Ja Rule, Rick Ross, Sisqo, LL Cool J and Chance The Rapper. And his fans hoped to lift him up outside the hospital where he was admitted. Dozens attended a prayer vigil, playing the rapper’s greatest hits, chanting his name and sharing their love for his work.

He was born on December 18, 1970, in Mount Vernon, New York, and eventually moved to the city of Yonkers. He often spoke of growing up in an abusive household and turning to music as an outlet. In 1998, he released his debut album, “It’s Dark and Hell Is Hot,” which debuted at No. 1 on the music charts and received critical acclaim. DMX, who is called X by his fans, is often credited with reinvigorating the New York rap scene, and over the course of his career, he released a total of seven albums and was nominated for three Grammy Awards.

X’s music was often an honest reflection of his personal struggles, containing themes of religion, violence and redemption. In a 2019 interview, he spoke about his love of performing on stage in front of his fans. “Performing in front of people is beyond a high. It’s beyond a high that any drug could duplicate,” he told GQ at the time. “Just being onstage, period, and knowing that there’s so much love out there.”