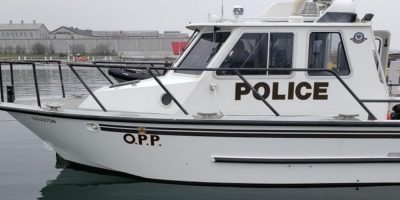 Even the pooch was prepared.

Orillia OPP Marine Unit was called out Sunday morning at the request of a neighbouring police service to search for an overdue boater on Lake Simcoe near Georgina Island.

Around 10 a.m., officers located two adults and a dog in the water by Georgina Island with a capsized sailboat next to them.

Police tell Barrie 360 that the adults and the dog were wearing life jackets.

OPP say the adults were transported to hospital by paramedics for observation because they had spent a significant length of time in the water.