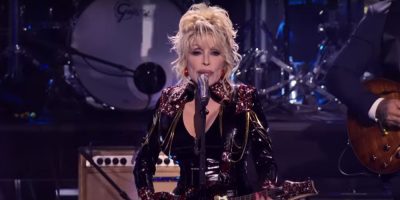 Dolly Parton has revealed what we could expect from her first rock album.

The beloved country music artist was recently inducted into the Rock and Roll Hall of fame and blew everyone’s socks off with her performance.

The Rock and Roll Hall of Fame isn’t just for the rock genre but for artists who contributed significantly to the music industry, which Dolly has done tenfold.

During her “Tonight Show with Jimmy Fallon” appearance, she said now is the perfect time to make a rock album.

The album will be a medley of original songs along with covers, including
Prince’s ‘Purple Rain,’ Rolling Stones ‘I Can’t Get No Satisfaction,’ Led Zeppelin’s ‘Stairway to Heaven and Lynyrd Skynyrd’s ‘Free Bird.

You can also expect several guests to join her on the record too.

While on the show, she and Fallon also talked about a song they recorded called “Almost too early for Christmas,” which they released this Halloween.