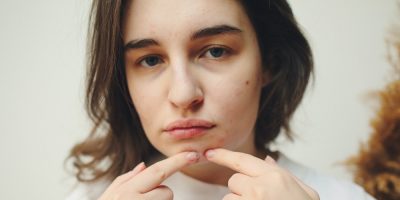 Most of us have looked up a good pimple-popping video online, whether out of curiosity, disgust, or a weird satisfaction.

But one popular channel with billions of views says they aren’t making a ton of money from the sea of oozing milia and blackheads. (Yumm)

Dr. Sandra Lee, better known as Dr. Pimple Popper, has had her own YouTube channel since 2010, and boasts 7 million subscribers with billions of views.

Shortly after, the site told her that her content wasn’t a money-maker.
The problem is, YouTube thinks her videos are too graphic and, as a result, has lost a lot of possible income, including advertising dollars.

YouTube’s policy states that content creators could have their video removed from the site if it has graphic of violent content that includes bodily fluids, which we know pimples are full of.

As a result, she’s received strikes against her account and has very few advertisers.

Lee says her videos are only meant to be educational, and she wants to bring attention to medical misinformation about skin conditions.

In addition to YouTube, Lee has her clinic, a show on TLC, and posts regularly on TikTok.

**WARNING** Extremely gross stuff in the below video. Click play if you dare.