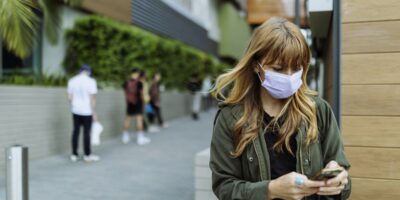 Dr. Theresa Tam also asked Canadians not to judge anyone not wearing a mask out in public.

She said in high heat and humidity, wearing a mask can make breathing difficult.

Canada’s top doctor also said non-medical masks or cloth face coverings are not for everyone.

“Don’t judge people not wearing a mask. Some people have trouble breathing and should not be wearing masks,” Tam said. “We have to be understanding that for some, wearing a mask is not possible.”

Tam said non-medical masks should not be used on children under the age of two, or anyone who has trouble breathing, is unconscious, incapacitated or otherwise unable to remove it on their own.

The NHL unveiled its return-to-play plan Tuesday that would feature 24 teams if the league is able to resume.

Toronto, Columbus, Edmonton and Las Vegas are being floated around as host cities, however, Canada has a mandatory 14-day quarantine for anyone entering the country.

Dr. Tam said there is a special advisory public health committee currently talking about this but added the NHL has not directly reached out to her.

Trudeau to speak with premiers about LTC homes

Trudeau was on a call today at a major United Nations meeting. Canada, Norway and Ireland are competing for one of two non-permanent seats opening on the UN Security Council. Trudeau spoke about global co-operation during his call.

“Our citizens need to have confidence in international institutions that leave no one behind and are capable of overcoming global challenges,” Trudeau said. 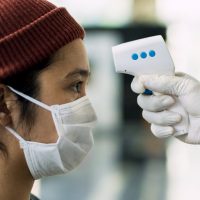