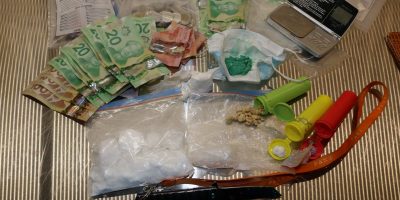 Police were patrolling Elgin Street on Friday around 11 p.m. when they spotted two vehicles. One of the vehicles left the scene and was pulled over for a traffic infraction. A drug investigation was initiated and all occupants of the vehicle were arrested.

Police say they seized cocaine, heroin, fentanyl and methamphetamine from the car, as well as Canadian currency and a knife.

Five Orillia residents between the ages of 24 and 34 face numerous drug charges. One of the suspects is also up on weapons-related charges.