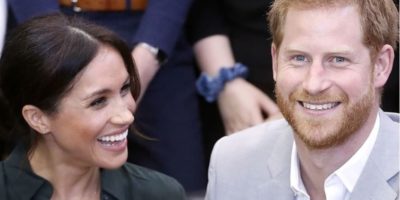 Prince Harry, 34, and Megan, 37, have announced they are expecting their first child. The royal couple has received an abundance of support from across the world since their wedding in May and are excited to share the news of this new chapter in their lives. The baby will be seventh in the line to the British throne after Prince Charles, Prince William and his three children and Prince Harry.

The Palace released a full statement, a spokesman said: “Their Royal Highnesses are very pleased to announce the Duchess of Sussex is expecting a baby in Spring 2019.

[perfectpullquote align=”full” bordertop=”false” cite=”” link=”” color=”” class=”” size=””]“Their Royal Highnesses very much appreciate all of the support they have received from people around the world since their wedding in May and are delighted to be able to share their happy news.[/perfectpullquote]

“The Queen, Duke of Edinburgh, Prince of Wales, duchess of Cornwall and Duke and Duchess of Cambridge are delighted for the couple and were able to congratulate them on Friday at the wedding in person.

The news came just after the Royal couple landed in Australia for their first overseas tour. Despite the announcement, the royal tour is expected to carry on as planned. Megan is expected to deliver in the Spring of 2019 leading up to the couple’s first wedding anniversary.