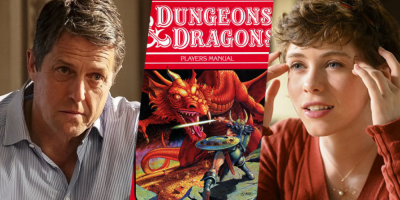 Whether you’ve ever played it or not, there’s little doubt you’ve heard of Dungeons & Dragons and the new film set in the fantasy universe has just wrapped production, putting it on track for an earlier release.

Launched in the mid-70s, Dungeons & Dragons has been an enduring tabletop experience that has stood the test of time. The game allows for players to create, play, and act as their own characters while a referee (or dungeon master) acts as the storyteller and unbiased moderator.

The movie is co-written and co-directed by John Francis Daley and includes a few big names such as Hugh Grant, Michelle Rodriguez, and Chris Pine. There isn’t much word in terms of the story yet but let’s just hope it’s better than the last attempt at a Dungeons & Dragons movie which was released in 2000 to abysmal critical and audience reception.

The new film isn’t set to release until March 2023 but seeing as post-production is already beginning, there’s a good chance we’ll get to see it a bit earlier.

Featured image courtesy of The Playlist via theplaylist.com