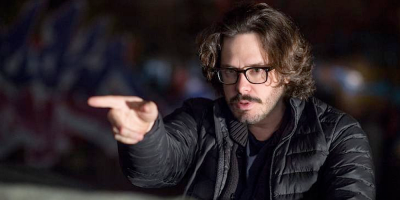 Edgar Wright is inking a new deal with Paramount Pictures to direct a new adaptation of the dystopian sci-fi novel, The Running Man.

If you’re a fan of cheesy ’80s movies, you are no doubt already of fan of the original version of The Running Man starring Arnold Schwarzenegger. However, this new adaptation will not be a remake of the 1987 film but will instead be a brand-new script written more faithfully to the best-selling novel by Stephan King. Along with directing, Edgar Wright will also co-write the script with help from Michael Becall, who have already worked together on movies like Scott Pilgrim vs. The World.

Seeing as it’s so early in pre-production, it might be a little while before we see this one hit theatres, however, Edgar Wright’s new upcoming film, Last Night In Soho, is set to release later this year so keep your eyes peeled for a trailer.