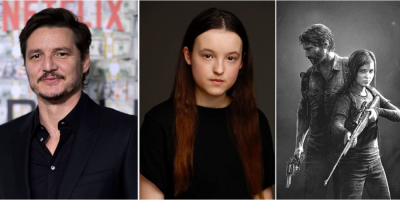 If you aren’t the biggest gamer, you might not know about HBO’s upcoming television adaptation of The Last of Us. Well, with more and more amazing news coming every day, you really should.

The Last of Us is a critically acclaimed video game that takes place 20 years after a viral fungus destroys modern civilization and turns people into horribly disfigured monsters. The story begins when Joel, a tough as nails survivor, is hired to smuggle a young girl named Ellie out of an oppressive quarantine zone. The HBO series will follow the same story.

Reason number one to be excited about the show is the recent announcements about who will be starring in the upcoming series. Fresh off his success in The Mandolorian (and countless other shows), Pedro Pascal is set to take on the role of Joel and if you watched Game of Thrones you will definitely remember Bella Ramsey who stole every scene she was in as Lyanna Mormont.

The other piece of good news is that Neil Druckmann, the writer and creator of The Last of Us, will be joined by Craig Mazin, creator of the absolutely stellar mini-series, Chernobyl. The entire series is also being co-produced by Naughty Dog (the original studio that created The Last of Us) and Playstation Productions (their first project).

While all of this is extremely exciting, unfortunately, there is no set release date for the series yet, but best-case speculations are that it will hit HBO sometime in late 2021 or early 2022.