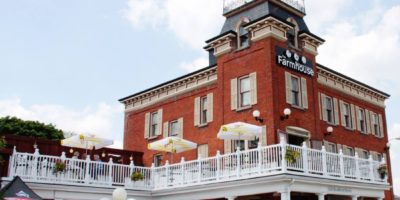 A Barrie waterfront hot spot is reopening after two and a half months of repairs following a fire.

Randy Feltis, the owner of the Farmhouse Restaurant, says the fire wasn’t a big one, but it left its mark. “It was a small little fire in the mechanical room and some of the electrical was scorched,” he told Barrie 360. “The inspectors came in and they did fix every piece of electrical that went into that room, which was about 90% of the electrical in the building.”

“It was a kick in the backside,” Randy said about the timing of the fire. “we had everything going for us the patio was rocking, everything was going really, really well. We had 28 people back to work, and everything was great. And then all of a sudden, it was a Sunday afternoon at like three o’clock in the afternoon, 70 people in the dining room and everyone had to get out and go, but luckily nobody was hurt.”

With the repairs complete, Feltis says his restaurant is ready to welcome back its patrons. “The good thing about the Farmhouse is we’ve got lots of space, we normally don’t open the second floor up unless we’re doing groups or events. And obviously, that’s not happening. So we stretched the tables out.”

“We’re going to start just this weekend with the first floor and then next week when we get the cobwebs out, because of a new menu, we’ll get the second floor open,” Feltis added the patio is now closed for the season.