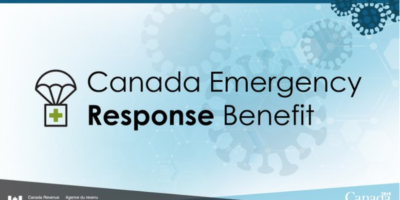 Nearly 450,000 Canadians who received the Canada Emergency Response Benefit (CERB) got a lump of coal from the Canada Revenue Agency (CRA) warning them they may not be eligible for the benefits they have so far received. In letters mailed out, the recipients who don’t meet the requirements are asked to pay back the cash by Dec. 31 so it doesn’t negatively affect their tax returns. In some cases, that amounts to more than $14,000.

In a statement Friday night, the Trudeau government admitted it provided unclear instructions to self-employed Canadians on how to apply for CERB.

“The Government of Canada acknowledges that communications on this topic were unclear in the first days after the CERB was launched,” according to a statement from the CRA. “This includes both the CERB webpages, and the information provided to call centre agents. We regret that this lack of consistent clarity led some self-employed individuals to mistakenly apply to the CERB despite being ineligible.”

Canadians were told they qualified if they had $5,000 or more in self-employment income in the previous year. This was later clarified to mean it was supposed to be $5,000 in net income after all expenses were removed.

Many Canadians are worried sick they owe Ottawa thousands of dollars.

Prime Minister Justin Trudeau told the CBC in a year-end interview that Canadians who honestly made a mistake when applying for the CERB should not worry.

“We sent out those letters, but the message that I’m giving to Canadians is — if that letter is causing you anxiety, don’t worry about it,” he told the CBC’s Rosemary Barton.

“You don’t have to repay during Christmas. You don’t have to think about Jan. 1 as any deadline, and we’re going to work over the coming weeks and months to make sure that there’s a path forward that makes sense.”

While the PM has told Canadians who made an honest mistake not to worry, what he didn’t say was whether the payouts would be forgiven.

“We recognize that, for some individuals, repaying the CERB could present a significant financial hardship. For this reason, we will give Canadians more time and flexibility to repay based on their ability to pay,” the statement said.

NDP leader Jagmeet Singh said on Thursday that the Trudeau government should stop going after honest Canadian workers who have applied for the CERB in good faith.