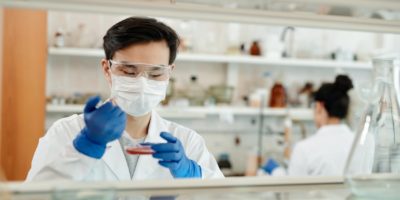 To better understand and further combat the spread of COVID-19, the federal government has moved to mobilize scientists and researchers.

It also includes the creation of a new COVID-19 immunity task force – led by former SARS committee chair David Naylor. The task force will oversee the coordination of a series of country-wide blood test surveys. Federal officials say those surveys will tell them how widely the virus has spread in Canada and also provide reliable estimates of potential immunity and vulnerabilities in Canadian populations.

The three-pronged plan includes $115 million for research into vaccines and treatment – that would be developed in Canadian hospitals and universities. It also includes $662 million for clinical trials in Canada and $350 million to expand national testing and modelling for COVID-19.

The new measures add to the Trudeau government’s $275 million pledge back in March, which also concentrated on bringing Canada’s scientific community together to fight the spread of the virus. The federal government also created a $192 million strategic innovation fund to develop drugs and vaccines and also disbursed $52 million to research teams across the country.

Over the next two years the plan will mean 1 million Canadians will be tested for COVID-19. Trudeau says testing has to increase further, beyond the 20,000 test per day Canada is currently reporting.

Trudeau says Dr. Tam has said 50-60,000 tests a day is an important target. “I know we’re doing much more now and we’re increasing our testing capacity at this time,” said Trudeau. Over 620,000 Canadians have been tested to date.

Trudeau says we are failing the greatest generation of Canadians

Some strong words from the Prime Minister when asked about outbreaks at long-term care homes, particularly in Ontario and Quebec. “In Canada, we shouldn’t have soldiers taking care of seniors,” said Trudeau.

“If you’re angry, frustrated, scared… you’re right, we need to do better. We’re failing our elders…the greatest generation who built this country…Canadians need to pull together,” said Trudeau.

Saskatchewan Premier Scott Moe announced a phased plan to reopen their economy beginning on May 4th. Moe said on Wednesday the COVID-19 curve has flattened in Saskatchewan and the reopening would be gradual and methodical. The first phase is reopening medical services like access to dentistry, optometry, physical therapy, opticians, podiatry and occupational therapy.

Golf courses will be allowed to open as of May 15th, with physical distancing guidelines. Moe says the size of public and private gatherings will remain limited to a maximum of 10 people. Retail businesses, hairdressers and barbers can start providing services as of May 19th

Before the news out of Saskatchewan, Prime Minister was asked when the Canadian economy can begin re-opening. Trudeau said current protection measures will remain in place and future decisions will be made according to what has worked and what hasn’t in other countries.

“I think everyone wants to know when we’re going to lift restrictions and return to a semi-normal life. Until we have a vaccine we can’t talk about a normal life. We can relax certain measures if appropriate while remaining vigilant and doing a lot of testing. Various provinces are at various stages in the fight against COVID-19. They will be making appropriate decisions and at the federal level we’re trying to coordinate,” Trudeau said.

Federation of Cnd Municipalities asks for $10B in emergency funding

The Federation of Canadian Municipalities has come out with a $10B request for emergency funding. The Prime Minister says they (Feds) are know various levels of government are facing distinct issues. Trudeau says the Feds have talked with provinces about this and will work directly with municipalities. “Regardless of government, we all serve the same people, Canadians,” Trudeau added.