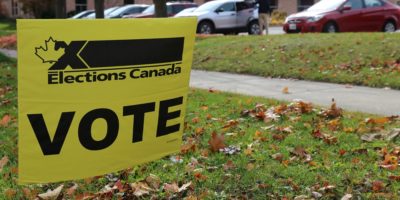 All the votes have been tallied, a winner declared, and a look back shows not as many people turned out for the big vote this year.

Elections Canada says 65.95 percent of registered voters cast a ballot coast to coast Monday night, about three percent fewer than showed up to the 2015 election, at 68.3 percent.

Closer to home, the Barrie Innisfil riding saw about 3 and a half percent fewer voters; in 2015, 64.46 percent of voters cast a ballot, while only 61.77 percent voted this time around.

Just over two percent fewer cast a ballot in the Barrie Springwater Oro Medonte riding, at 65.78 percent. In 2015, 67.44 percent of registered voters turned out.

All told, 106,854 people turned out in both Barrie-area ridings.