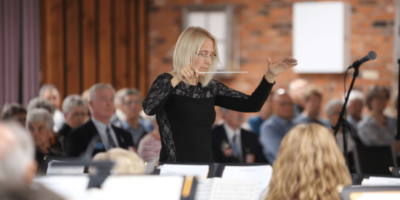 The Barrie Concert Band rocks out to the music of the Beatles, Queen, Coldplay, Santana, The Rolling Stones and more on March 7.

Jones has an extensive background in music which ranges from teaching with the Durham District School Board where she also headed up the music department for many years to playing the euphonium as a member of the Ceremonial Guard Band in Ottawa at Parliament Hill. She was also a member of the “The Big Wind Jazz Band” and in the “Lydian Wind Ensemble” in Oshawa and currently serves as Assistant Conductor with the Royal Regiment of Canada military.

The upcoming concert will feature four guest musicians, singers from the Ontario Musicians Co-operative, including her daughter, Melina Melle.

The concert unfolds March 7 at 2 p.m. at Collier Street United Church, Barrie. Tickets are available through www.barrieconcertband.org or at the door. Proceeds from refreshment sales will be donated to the Barrie Food Bank and donations of non-perishable food items are appreciated. 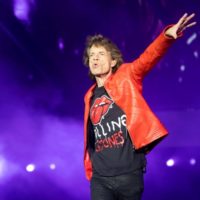