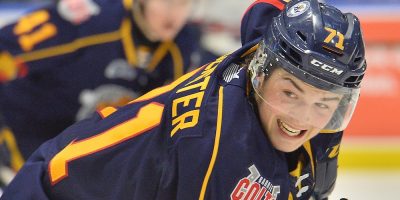 Talking on his cellphone from a hotel room in Philadelphia, Tyson Foerster boasts about the excitement of attending his first NHL camp with the Flyers.

The Alliston native and Philadelphia’s 2020 first-round NHL draft pick joked how perhaps he wasn’t the only one happy he was away at Flyers camp.

“My mom was definitely mad at me for being home so much because we were home for nine months there, so she definitely wanted me to get out of the house for sure for eating all the food and stuff like that,” deadpanned the Barrie Colts sniper.

All kidding aside, Foerster is living a dream come true having participated in his first NHL training camp.

“Yeah, I think it’s pretty cool I’m able to be here and my parents are watching me for sure,” he added.

With the NHL season underway, Foerster will leave Tuesday to join the Lehigh Valley Phantoms for the beginning of their American Hockey League training camp and season.

His first experience with professional hockey is one Foerster will certainly remember for quite some time.

“It was actually awesome,” said the six-foot-one, 193-pound winger, who celebrated his 19th birthday on Monday. “Even just getting invited down here was pretty cool. My first camp and I was kind of nervous coming in, but I think the guys made it pretty easy for me and all the trainers and coaching staff made it pretty easy for me to adapt. I feel like I fit in, so it was pretty cool.”

Hearing his name called on draft night in October was special, but things got especially real when the Barrie forward stepped on the ice in camp with the likes of Claude Giroux, Kevin Hayes and James van Riemsdyk.

“It was really surreal just being on the ice with those guys,” Foerster said. “I remember watching them when I was really young and looking up to them, so it was pretty cool.”

Head coach Alain Vigneault even put the Barrie Colt on a line with Sean Couturier and van Riemsdyk on Day 1 of camp. Several of the Flyers approached the young prospect offering some encouraging words of advice.

“They’re really good guys,” Foerster said. “They all came up to me and congratulated me and said, ‘Just play your game and don’t be nervous. You just got to adapt to the pace and then don’t be nervous with the puck.’

Foerster also got the chance to take in the Flyers season-opening 6-3 win over the Pittsburgh Penguins on home ice last Wednesday. Taking it in, he recalled what former coach Dale Hawerchuk had told him.

“It was a different atmosphere for sure with no fans, but I still think it was unbelievable,” he said. “Like Dale always said, it’s free knowledge just to watch the game.”

With the pandemic still hitting hard in both Canada and the United States, Foerster isn’t sure when or if the OHL will get going. He’s just focusing on playing in Lehigh and helping the Flyers’ AHL affiliate.

“Oh yeah, I’m really pumped to get down there and start training camp there,” said Foerster, who would return to Barrie if the OHL returns to play. “Hopefully I can do a couple of games there, so it will be really fun.”

Foerster has yet to meet Phantoms head coach Scott Gordon and his staff, but he hopes to leave a good impression so when he returns to Flyers camp next season he’ll have a shot at making the NHL club.

“I’m really excited to come back next year,” said Foerster, who led the Colts with 36 goals and 80 points in 62 games last season. “Even if I maybe have a good start to the season in Lehigh maybe getting a game or getting called up to the (Flyers) taxi squad, you never know. I’m just looking forward to that.”

The last year has been quite the whirlwind for Foerster, from scoring twice at the CHL Top Prospects Game to going 23rd overall to Philadelphia in the NHL Entry Draft. From being invited to the Canadian National Junior Team Selection Camp and now his first NHL training camp and possibly first professional game in Lehigh, it’s been quite the ride for the young star.

Even just being able to play competitive hockey in the middle of a pandemic.

While Foerster didn’t get to represent Canada at world juniors, he’s certain to be on Hockey Canada’s radar next year.

“It was a big step for me,” he said of taking part in the national selection camp. “That was my first Hockey Canada event ever, so I think I really put myself on the radar there and I’m looking forward to next year for sure.” 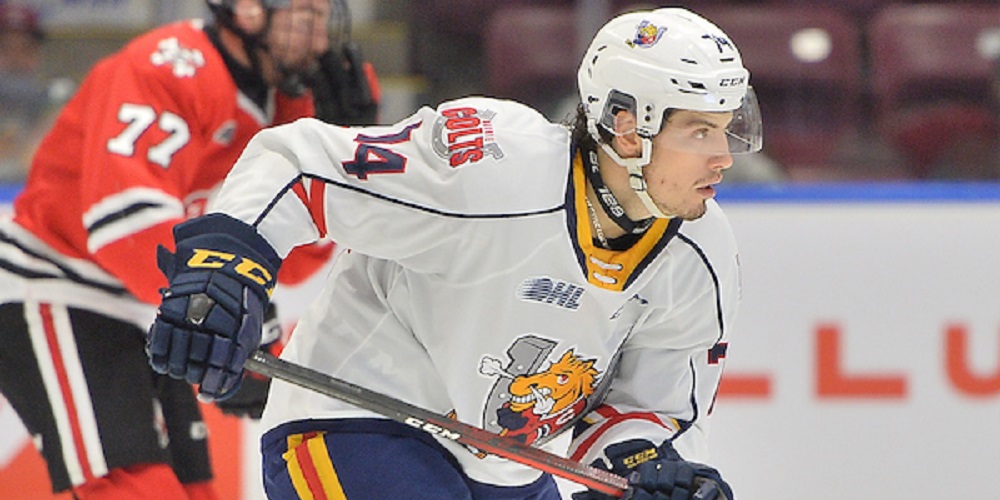 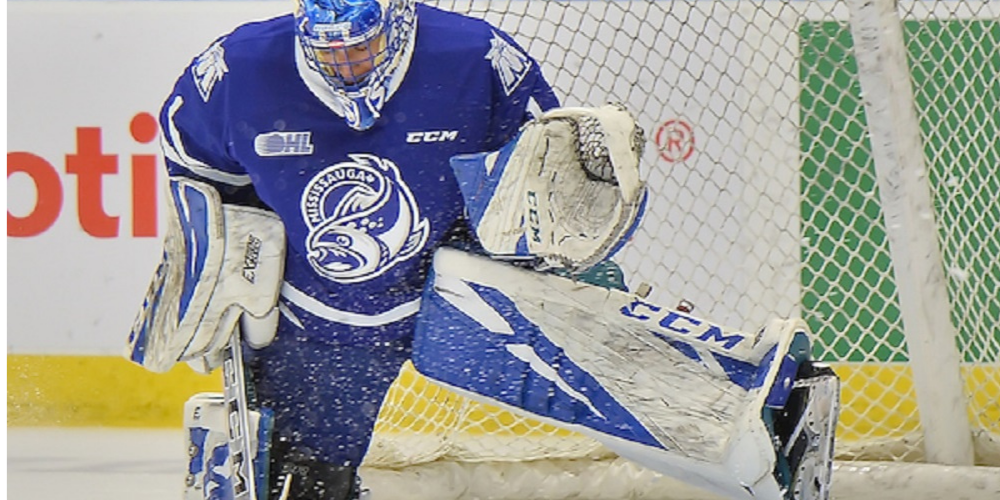 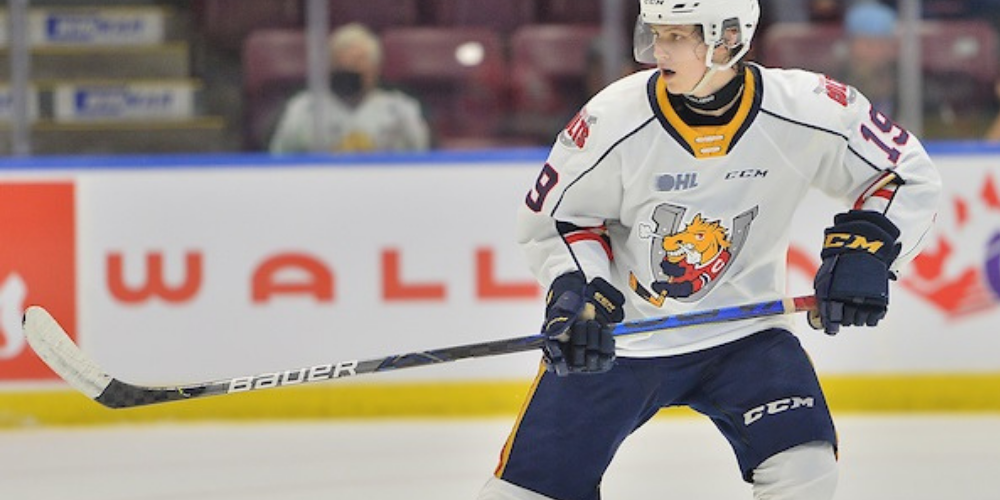 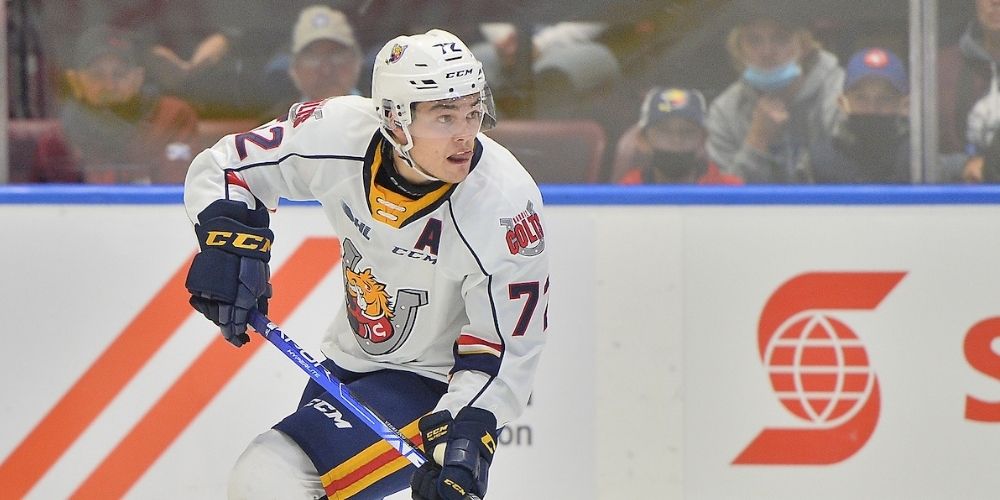