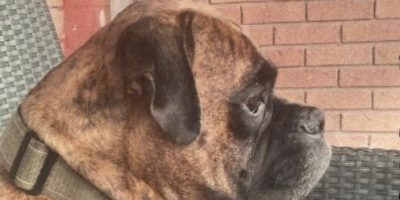 Barrie police is trying to find Frazer, a dog that was ‘forcibly taken’ by a man and two women during a home break-in on Tuesday evening.

This happened on Orwell Crescent in the area of Browning Trail.

Police say a neighbour tried to intervene and was dragged by the suspect’s car as they fled.

The vehicle is described as a four-door black Honda Civic.

Investigators say someone driving a silver-colored SUV at the time of the dog-snatching may have seen the fleeing vehicle. They are encouraged to call the police.