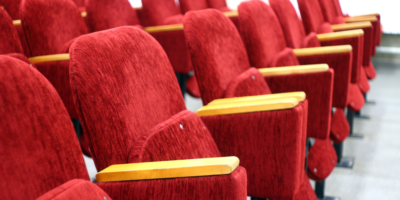 The Georgian Theatre is hosting three more Friday Films in December including a Harrison Ford classic and two Christmas movies for only $10 each, so grab some popcorn and enjoy.

Raiders Of The Lost Ark

Indiana Jones sets out in search of a biblical artifact called the Ark of the Covenant, which is coveted by many people. In his quest, he must face opposition from the Nazis.

A post shared by Habersham Community Theater (@habershamcommunitytheater) on Nov 20, 2019 at 12:58pm PST

Clark Griswold is really into Christmas and promises to make it a good one until he turns everything completely around, causing a domino effect of disasters.

Eight-year-old Kevin is accidentally left behind when his family leaves for France. At first, he is happy to be in charge, but when thieves try to break into his home, he has to put up a fight.