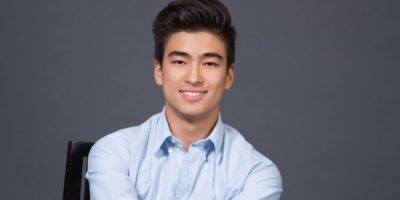 The Georgian College community is profoundly saddened to confirm one of the six young people who died in the tragic accident over the weekend was a current Georgian student. Jason Ono-O’Connor was an exceptional student in our automotive business degree program with a very bright future ahead. He was consistently on the Dean’s List and liked and respected by fellow students and faculty. Jason was recently chosen to be a director in the 2023 Georgian Auto Show — a highly sought role among our students, and true recognition of his academic excellence and commitment to the industry.

The family shared with us how much Jason loved his program and how excited he was about his upcoming career.

To Jason’s family, friends, classmates, college faculty and staff, I offer my deepest condolences – as well as to the families and friends of all these promising young people who lost their lives. As a father, my heart is breaking.

In memory of Jason, the Georgian flag has been lowered at the Barrie Campus. A community support fund has also been set up for those who wish to join collective efforts to support the families.